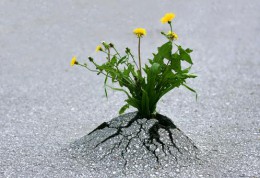 Be the change that you wish to see in the world.

On June 22, 2016, Lisa presented her third webinar in the Animal Abuse and Children Series. During “Intervening with Children who Witnessed or Engaged in Animal Abuse” she described and discussed the range of intervention resources available for children who have witnessed, engaged in, or are at risk of engaging in animal abuse. These include psychological intervention using the AniCare Child approach and psycho-education programs such as the Children and Animals Together (CAT) Assessment and Treatment Program. She also discussed prevention programs for children who are at risk of engaging in animal abuse.

This webinar series is sponsored by the InMaat Foundation and has been approved for 1 CE point of continuing education credit toward the Certified Animal Welfare Administrator credential.

“Intervening with Children who Witnessed or Engaged in Animal Abuse” was recorded and can accessed free of charge.